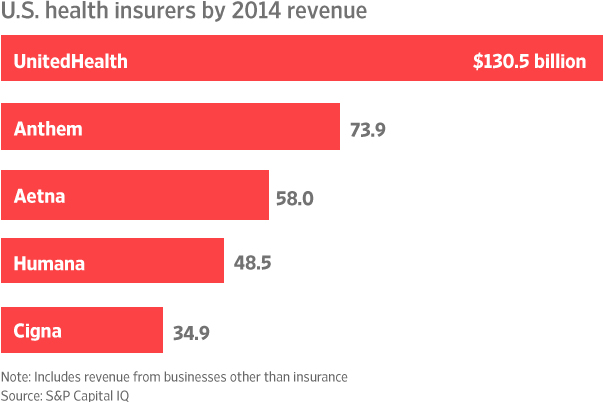 The nation’s biggest health insurers, which are pursuing a series of potential megamergers, have market overlaps that could damp competition in sectors such as private Medicare plans, an analysis of state and federal date by the Wall Street Journal has found.

The board of Cigna Corp. on Sunday rejected a $47.5 billion bid from Anthem Inc. that was disclosed on Saturday. Aetna Inc. has made an offer for Humana Inc. in recent days. Those deals, if completed, would shrink the current top five insurers to a powerful big three, each with revenue on paper of more than &100 billion. Meantime, the largest player by revenue, UnitedHealth Group Inc., has recently made a takeover approach to Aetna. Read article here.

About Us
Review Your Options
Products We Offer